NvSCA on the Current State of Nevada's CCW Extension: No Longer in Effect 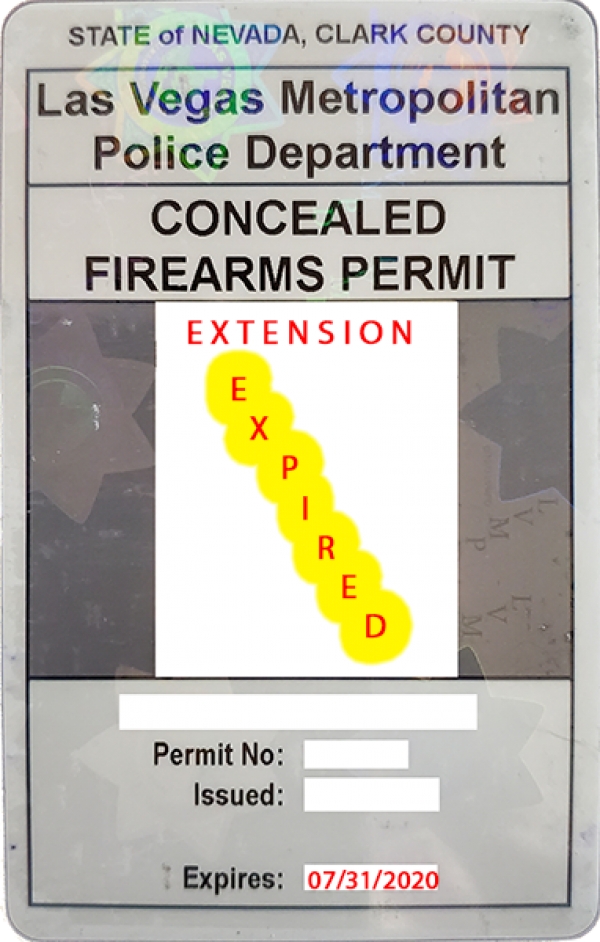 We reached out to the Nevada Sheriff's and Chief's Association in-regards to the current standing of expiring or expired CCW's within the state. In short, they state that as far as they are aware, all Law Enforcement office's have opened back up to normal operations and because of that the extension is NO LONGER IN EFFECT but they did state to check with your local sheriff's office to check the status of their CCW unit operations (see why later on in the story).

Eric Spratley, Executive Director of the NvSCA, had this to say:

"Back in March when all of this was spooling up and things were shutting down there was great concern regarding concealed firearm permits expiring and what cardholders should do. We had asked the Governors Office for a directive but did not received a response so the Nevada sheriffs all agreed to extend the expiration date of the permits issued by their respective offices. There was no legal basis or precedence to do this but it seemed the right thing to do. The next day the Governor released Directive 009 which covered the expiring concealed firearm permits; that Directive carries the full authority of law. The Nevada Sheriffs’ and Chiefs’ Association (NvSCA) letter dated March 30th is no longer in effect due to the issuance of Directive 009, a lawful directive."

He continued, "During the height of this (pandemic) when most – if not all – sheriff’s offices were closed and folks could not get qualified or re-qualified, etc. Directive 009 extended their permit. But now that sheriff’s offices have opened back to normal operations and renewals are possible again the extension is no longer in effect. Law enforcement in Nevada are all on board with what this pandemic has done with respect to expiring documents and a great amount of grace is being afforded to citizens. I’m not aware of any Nevada sheriff’s office that is still at “reduced government operations due to the state of emergency” so CCW cardholders should be getting re-qualified and making an appointment to get renewed immediately."

The below statement is on the NvSCA website home page under the heading 'Your Expiring Concealed Firearm Permit':

He also stated "Certainly, a COVID outbreak at a particular sheriff’s office could make them move back into “reduced government operations” and – if we are still under this State of Emergency – the Directive 009 would be applicable to the permit holders renewed by that county. That is why the last line of that statement is “Check with your sheriff's office to find out the status of operations for their CCW unit.” Until all of this is behind us it is very much a moving target but as of this moment all offices are open and all cardholders should be making efforts to renew their permit."

We do know that Washoe County Sheriff Darin Balaam recently had this to say about expiring or expired CCW's in his County (see this story):

“It is important for our community’s concealed carry permit holders to plan accordingly,” said Sheriff Balaam. “With Governor Sisolak’s emergency declaration extended to the end of July, current holders of a recently expired permit will not be penalized until after Nevada Day.”

So residents of Washoe County can for sure breathe a slight bit of relief.

NVShootAndTrain
There are no comments posted here yet
Read 1433 times Last modified on Friday, 31 July 2020 16:41
Published in News
Tagged under