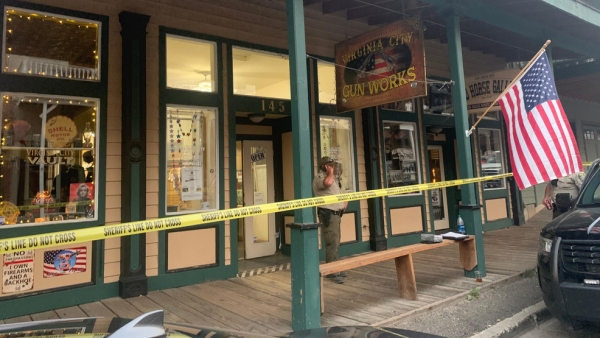 According to news reports what appears to be the owner of Virginia City Gun Works and his son were killed over what is believed to be a long-standing legal dispute over money with the suspect. The motive however is still being investigated by police.

The incident took place around 2:30 pm at the store located in Virginia City, NV. According to public records the store is owned by TJ and Erin Lord.

The suspected shooter was found deceased from a self-inflicted gun shot in Reno a short time later.

A statement from the Storey County Sheriff's Office on their Facebook Page read:

On September 7, 2020, at about 2:30 PM the Storey County Sheriff’s Office responded to a double homicide at a Virginia City business. The Nevada Division of Investigation, Washoe County FIS, and the ATF responded to assist with the investigation. As a suspect was identified the Sheriff’s Office was contacted by the Reno Police Department who advised that our person of interest had died of a self-inflicted gunshot wound in their jurisdiction. The suspected perpetrator had been involved in a running legal battle with the deceased Virginia City business owner. The names of those involved are not being released until all family members have been notified. It is believed there is no ongoing threat to the public stemming from this incident. Anyone having information concerning this shooting is asked to call the Storey County Sheriff’s Office at (775) 847-0959 or the Nevada Division of Investigation.

Oldest First
Newest First
There are no comments posted here yet
Read 1038 times Last modified on Tuesday, 08 September 2020 06:34
Published in News
Tagged under