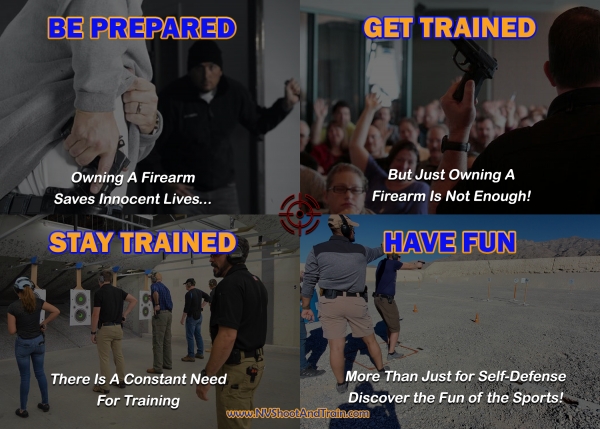 A Must Read for EVERY Gun Owner, New or Old... The recent COVID-19 Pandemic has caused a huge spike in Gun sales across the state, meaning there is more than likely a huge influx of new firearms owners out there. Whether you are new to owning a firearm, thinking about buying one, or are an already established owner... There is One VERY Important Thing to Know... JUST OWNING A FIREARM IS NOT ENOUGH!

Yes, there are plenty of very important things every gun owner should know but they pretty much all fall under the one pretense that "just owning a firearm is not enough." What are we talking about? Outside of the Four Basic Rules of Firearms Safety (see below) there is also one big thing that sometimes gets overlooked, even by long established owners... TRAINING!

NO we are not just talking about getting your CCW or taking a course or two and then be done with it. It lays much deeper than that... To be a just responsible (safe) firearms owner is one thing (one very important thing) but it is a whole other thing to be a RESPONSIBLE and EFFECTIVE firearms user. 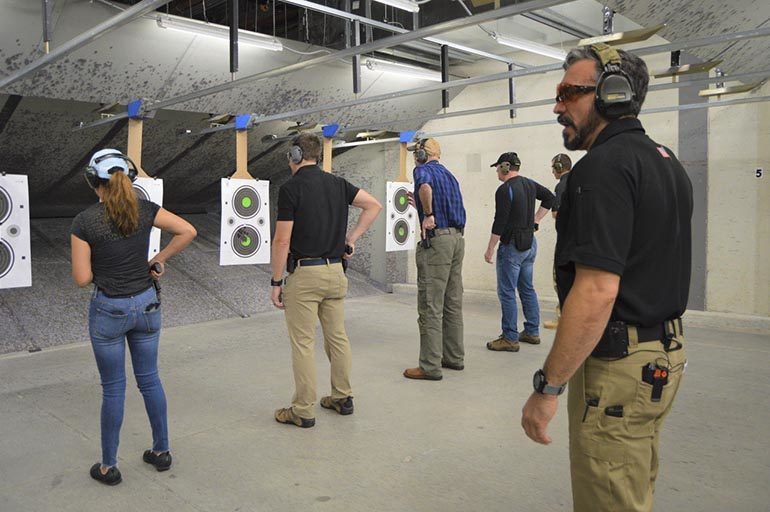 There is a need for constant safety and a an even greater need for constant and consistent qualitative training and practice. Just like athletes must constantly practice and train to be good at what they do and to prepare for their opponent, so must we as firearms owners. The biggest difference is while athletes know what to somewhat expect and when, we do not have that luxury as we won't know much about a potential threat and when or where that threat can happen.

If you are going to own a firearm, you have the responsibility to be a responsible and effective gun owner. This is even more so important now-a-days in light of the increase of noise from the anti-gun movement over the past few years... more on that further down. It is essential that ALL owners take the time to educate themselves and the ones closest to them to ensure that firearms are used for their intended purposes only: the preservation of Life and Liberty (and of course, FUN)... and not for the opposite uses: to take another life by way of anger, spite, evil or worse, accident/negligence.

Looking for and finding that qualitative training and information can be cumbersome at times. In fact there are more training options available across the state and region than you may have thought and not all of them show right away in your searches. That being said, however, not all training courses and/or instructors are alike and the quality of information and training, or lack thereof, can vary greatly. Don't just settle on the first one or two you happen to come across, do your research.

Another issue is of course cost. Some training can be downright expensive while others can be found at not too bad of a price. One thing to keep in mind is that expensive isn't always good and cheap isn't always bad but there are those times where you do get what you pay for (in either sense).

All this can make for a hard and sometimes confusing choice for the end-user: YOU.

(Shameless self-plug) That is why we have created this site and why we are so dedicated to its mission. We want to make it easier for everyone to find the information they are looking for in a single, dedicated resource that is in an easy to read format that features areas to discuss, rate, review and see the different options out there... Use It

Seriously though, take the time to look over the various options in our events calendar and directory and feel free to ask questions of the listings owner or our members, rate and review directory listings (coming soon), and don't be shy, try a course or two as well as some of the local shooting matches.

Wait, did you just say try a shooting match you might ask? That's not for me or I'm not interested you might likely say... First, yes, I did say it and yes I am serious. Secondly, are you sure it's not for you? It may not interest you as of this moment but just listen for a sec...

Yes there is some serious matches as well some serious competitors out there but there are also some not so serious semi-competitive matches out there where people shoot just for fun, though not nearly enough of them sometimes. Truthfully, I would like to see some non-competitive match like events based on the likes of IDPA, USPSA and 3-Gun but that's another topic for another time.

There are those who shoot small local matches (like me) that do it as a way to supplement their training and preparedness. That is the great thing about, and purpose of, shooting associations like IDPA (International Defensive Pistol Association) and USPSA (United States Practical Shooting Association)... they base their match stages on real life-like type scenarios.

While this may not be an actual real life or death situation where someone is shooting at you, the matches do provide skill honing and learning that can be invaluable. Plus the rush of adrenaline and nerves you get before the start of stage, especially when first starting out or in trying to be fast yet accurate, gives you a pretty good indication where your skill level is at and how might react in a real life situation.

We will go over that in more detail in a later article but I hope you get the point and I have peeked your interest a little.

Now moving on to something I mentioned earlier... something that I hope to put into perspective for all gun owners.

If you think your regular 'ol handgun is safe from the reaches of the anti-gun movement, you are wrong. Those on the far left of the aisle are playing the long game... the very long game. They start with a few things (currently AR-15's and other Modern Sporting Rifles, Normal 15 to 30 round magazines, etc...) and when those things are banned or changed and then when violence barely subsides and fails to stop ANY and ALL shootings, they will use that to push for further restrictions all the way up to the removal of the 2nd Amendment.

It may not happen tomorrow or in the next few years but there will come the time... It will be then and only then that maybe (with a strong emphasis on maybe), those who pushed for all those laws, bans and/or repeals will see that guns were never the real problem... violence in general is the problem and that it is a Societal and Human nature problem with roots much deeper than can be truly understood in present times.

Heck, the simple fact that they are limiting (some states... *cough* California), or trying to limit, magazines to 10 rounds should be raising alarms for all gun owners, not just the 2A faithful.

If you, just now as you read that, said to yourself "I don't need more than 10 rounds" or "why would I need more than 10 rounds"... I beg you to STOP, just stop right now... I am going to be blunt and serious here... if you own your firearms for defensive purposes and said either of those statements to yourself, don't touch your firearms, or any firearms for that matter, until you get some more training and do some more research.

If you don't understand the concept of why you will most likely need more than 10 rounds for any number of self-defense type situations, you have no true understanding of:

We as gun owners, as a whole, need to take this seriously. If you are not serious about anything I have just written and then your gun ends up in the wrong hands, you kill someone innocent, you get arrested, you use your firearms with ill intentions... then you, and others like you, will be to blame for your/our rights being continually restricted and stripped away and for giving more and more fuel to the anti-gunners.

Last but not least, if you are going to own a firearm know the laws, all of them... it will keep you out of jail and from losing your right to own them. There are quite a few out there and there are varying ones from Nevada State laws to Federal Laws... and if you travel, other states will have their own set of laws and within some states, cities and communities can have their own laws on top of the state's laws. You can get yourself into quite the hornets nest if you don't practice due diligence.

That is why State Preemption Laws are so important! It makes navigating the laws much much easier, less confusing and keeps innocent, well-meaning people out of jail! In fact the Constitution Preempts all of them! But I digress...

We can go on and on about all the different laws but that is not for that article and frankly there are some excellent resources about those laws already out there. One such one we Highly Recommend is Nevada Carry and Frontier Carry (sister sites). I urge you to visit them and look over their extensive and highly invaluable information.

To End and In Summary...

IF YOU OWN A FIREARM: GET TRAINED AND STAY TRAINED! GET INFORMED AND STAY INFORMED! AND MOST IMPORTANTLY, STAY SAFE AND HAVE FUN!

Also ensure that anyone that has or may have access to the firearm, especially children (with additional rules), knows these rules. WE CANNOT STRESS THIS PARAGRAPH ENOUGH! If you are going to have a firearm and you have children or any children will have access to your home, you must talk to them about it! You must teach them the Four Basic rules and you must layout additional rules for them to follow such as do not let anyone else know about it, especially friends or that they are not allowed to touch it or even look at it except in life or death circumstances.

Also keep your guns locked up or on your persons if there is any chance a child could have access to it... THAT IS NOW NEVADA STATE LAW!

More in this category: « 3 Primary Safety Rules If You Are Going to Skip the Range for the Desert Instead, Do So Responsibly... PLEASE! »
back to top