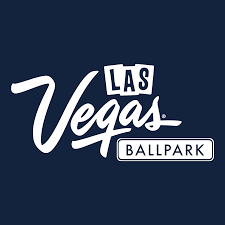 Las Vegas Ballpark states in the A to Z Guide to the Ballpark, under Prohibited Items, that:

are not allowed on property. The written policy can be found here: https://www.thelvballpark.com/a-to-z-guide under P and Prohibited Items.

Signs are posted at all entrances and during major events, including Aviators games, the use of Metal Detectors and Wands are used to scan patrons upon entry into the Ballpark.

General Business Info:
Las Vegas Ballpark is a baseball stadium in Summerlin, Nevada in the Las Vegas Valley. It is the home field for the Las Vegas Aviators of the Triple-A West. The stadium is owned by the Howard Hughes Corporation. Las Vegas Ballpark is located in Downtown Summerlin near the intersection of South Pavilion Center Drive and Summerlin Center Drive next to City National Arena and across the street from the Downtown Summerlin shopping center. Construction of the $150 million stadium began in 2018 and was completed in time for the Aviators' 2019 season. It replaced the team's previous home at Cashman Field, where the team had resided since 1983.
Business Website: Visit Business Website 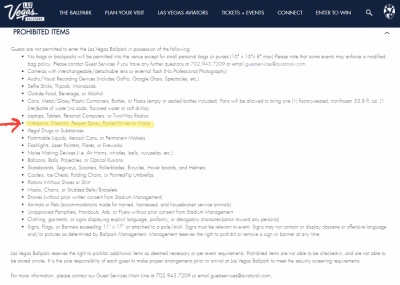 NVShootAndTrain posted a comment in October 2022 Get Trained, Stay Trained Giveaway - Northern Nevada
Thanks for Entering!
1 day ago

pgeorge891 posted a comment in October 2022 Get Trained, Stay Trained Giveaway - Northern Nevada
Thanks for the chance
1 day ago

NVShootAndTrain posted a comment in Last Minute Training Opportunity Tonight - Building Your Own First Aid Kit
Link has been fixed....
about 2 weeks ago

NVShootAndTrain posted a comment in Nevada DPS Releases Updated CCW Reciprocity List
Just following up with you. I did a small amount of research, nothing too in-depth but this is what ...
about 3 weeks ago

NVShootAndTrain posted a comment in Nevada DPS Releases Updated CCW Reciprocity List
For Nevada to recognize a states CCW they only need to "have an electronic database which identifies...
about 3 weeks ago