If You Are Going to Skip the Range for the Desert Instead, Do So Responsibly... PLEASE! 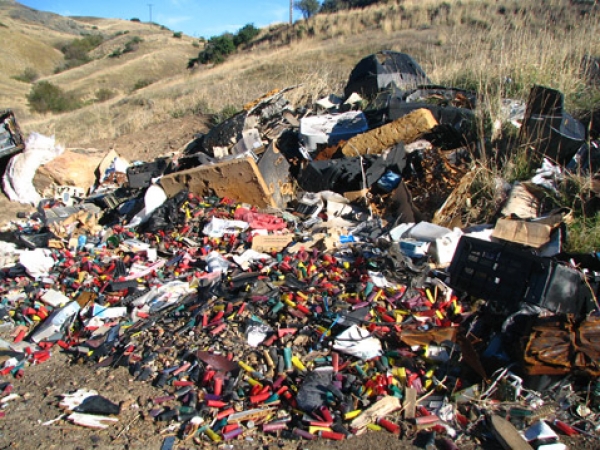 The increase in warmer weather combined with the increase of new shooters and closure of managed shooting ranges due to the COVID-19 Pandemic has sent in influx of people looking to shoot out to the surrounding deserts across the state. While we enjoy the benefit of living in areas surrounded by large amounts desert, the areas open to unrestricted shooting have dwindled and keep dwindling due to growth and one often overlooked group of factors: Misinformed, Irresponsible and Careless shooters. Trash, Fires, Injuries, Destruction: All endanger our open, 'unrestricted' shooting areas...

It's not just new shooters or due to the ranges having been closed, there is a swath of people who like to go out to the desert to shoot for a myriad of reasons such as no fees, and no limits or restrictions on when and what to shoot (i.e. make-shift targets, steel targets, cans, plastic bottles, no ammo/weapon restrictions, etc...). While a vast majority of these shooters are responsible there is a large number who aren't.

We are not saying they are all bad people, some are just well, let's say... misinformed.

Many of these shooters, maybe like yourself, may not fully understand the dire implications and possible life-threatening repercussions of their actions or lack thereof. They may not understand that due to their misinformation or carelessness our coveted restriction free shooting areas are at-risk of being taken away more and more.

For Example, just in 2019 Clark County Government expanded their no shooting areas at Apex and around Lovell Canyon.

From personal and environmental safety concerns to just plain courtesy... just because there is no Range Safety Officers or an administrator harping down on you doesn't mean safety concerns and personal courtesy go out the window.

Over the years there have been several instances where incidents were caused by open area shooting. Over the past few months alone there have been several fires along Sloan Canyon and Sandy Valley Road in Southern Nevada caused by open area target shooting. Last summer (2019) two people were arrested for causing a fire just north of Reno that was the result of careless, misinformed shooting.

In fact the Nevada Public Land Agencies have recently announced and sent out a joint Fire Hazard Warning and Restrictions starting today, May 30th, until further notice. Specifically related to shooting they mention: 5. Discharge, use, or allowing the use of fireworks, tracer rounds, explosive targets, or any other incendiary device.  Read the Release Here

Trash, Destruction and Fires are one thing but injury and loss of life are completely UNACCEPTABLE! This holds especially true when the injury or death come as the result of carelessness (aka Negligence). We get it, accidents happen but the fact of the matter is that most accidents are the result of negligence. Negligence by definition is the failure to take proper care in doing something. But the unfortunate truth is that a large number of shooting related accidental deaths or injuries are due to Gross Negligence which is a conscious and voluntary disregard of the need to use reasonable care, which is likely to cause foreseeable grave injury or harm to persons, property, or both. It is conduct that is extreme when compared with ordinary Negligence, which is a mere failure to exercise reasonable care.

Simply put Gross Negligence is knowing you shouldn't do something when handling a firearm but do it anyways... It could be said that just by owning a firearm you should know that improper handling of one can result in death and/or destruction so the unwillingness to get proper knowledge and training in the safe usage in one in and of itself is Gross Negligence and sets you up for a slew of legal implications should an "accident" ever happen to you.

- Just this past Christmas a 15 year old girl and 27 year woman were injured by an accidental shooting out at Sloan in Southern Nevada. Las Vegas RJ Story

- In 2015 a man was killed after his bullet ricocheted back and struck him while late night shooting out at Sloan with friends. News 3 Story

- In 2011 a 4 year old girl was struck and killed by a bullet ricochet, once again out by Sloan. Las Vegas Sun Story

The above examples are just a few of the many not just from across the U.S. but in our own backyard. Even if it is unintentional, you are may still liable for damages in a personal injury lawsuit or wrongful death lawsuit if a bullet from your gun strikes another person, even if it was a ricochet. So be sure and take the correct precautions before target shooting in the open desert.

With that being said we urge everyone to follow some simple things:

Be Courteous to Shooters Around You and Future Shooters 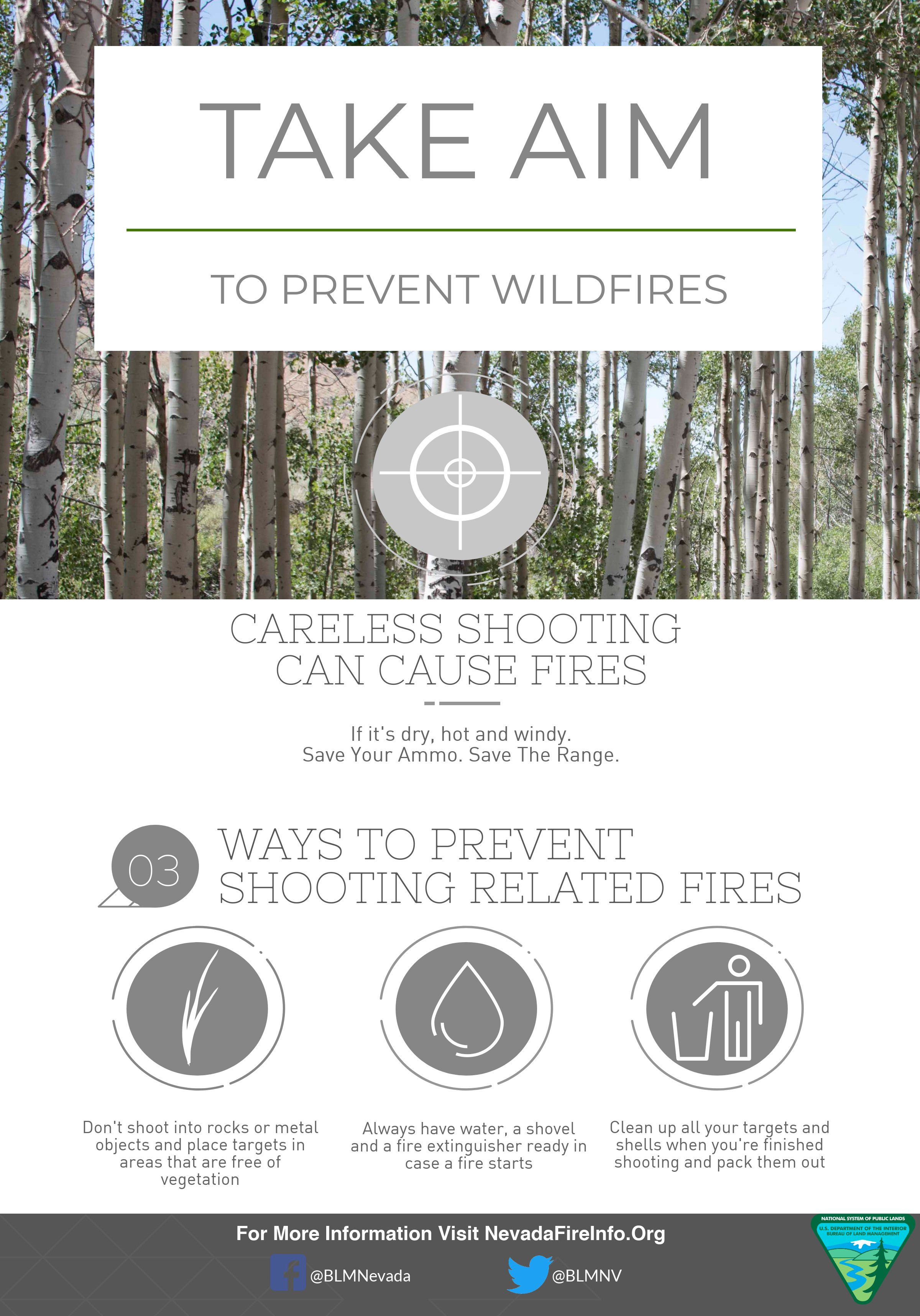 Careless shooting can cause fires.

Always Use the Four Rules of Firearm Safety

Bullet fragmentation/ricochet a key concern when impacting steel targets or any other hard object.  When a typical frangible bullet strikes the surface of steel target a “splash zone” is created consisting mostly of bullet fragments deflecting away from the target at a high velocity.  The majority of these deflecting fragments project within an expanding ring at a 20 degree angle from the face of the target.

Steps must be taken to maximize safety and minimize unsafe and unpredictable bullet fragmentation. 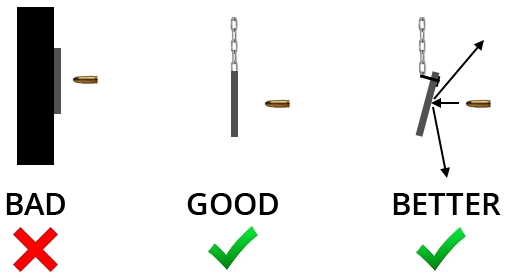 NVShootAndTrain
There are no comments posted here yet

More in this category: « Important Message to New and Established Gun Owners Alike Firearms Community and Industry Professionals: A Serious Conversation Should Be Had »
back to top