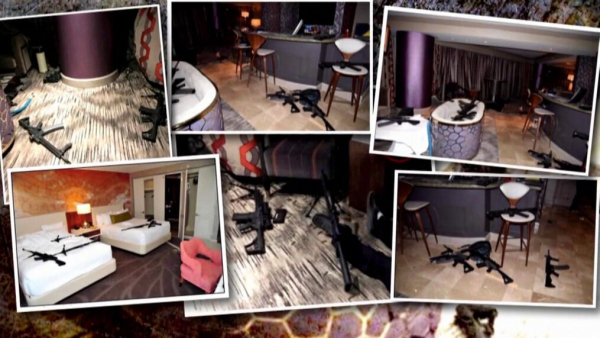 A lawsuit filed by the parents of one of the 1 October victims was struck down by Nevada's Supreme Court on Thursday December 2nd, 2021.

The lawsuit filed by the parents of Carrie Parson, who died as a result of a mentally disturbed individual on October 1st, 2017, was filed back in 2019.

In the lawsuit, filed against Colt and several other manufacturers, Parson's parents attorneys tried the anti-gunners move of seeking "predicate exception" by stating "they knowingly manufactured firearms designed to shoot automatically because they were aware that their weapons could easily be modified to be converted to shoot automatically by 'Bump Stock' type devices, thus violating National Firearms Act".

Predicate exception can apply when the plaintiff proves that a manufacturer or seller knowingly committed a violation of an underlying statute, referred to as a “predicate statute,” that is “applicable to the sale, marketing, or manufacturing” of a firearm or ammunition.

In their unanimous ruling, the Nevada Supreme Court found this exception was not valid and stated in the ruling that: “We hold that NRS 41.131 provides the gun companies immunity from the wrongful death and negligence per se claims asserted against them under Nevada law in this case".

2. This section does not affect a cause of action based upon a defect in design or production. The capability of a firearm or ammunition to cause serious injury, damage or death when discharged does not make the product defective in design.

In the courts ruling, written by Justice Kristina Pickering, the court basically called for State Legislators to change the law if they want to see future lawsuits prevail against gun manufacturers for the actions of others who find ways to use their products with ill-intentions.

Justice Pickering wrote: "If civil liability is to be imposed against firearm manufacturers and distributors in the position of the gun companies in this case, that decision is for the Legislature, not this court". She continued, "We urge the Legislature to act if it did not mean to provide immunity in situations like this one."

With or without that statement, based on the favorable ruling for gun manufacturers, you can guarantee in the 2023 legislative session we will see an attempt to amend NRS 41.131 to favor lawsuits against gun manufacturers in cases like this one.