Some Exhibitors Pull Out of Shot Show 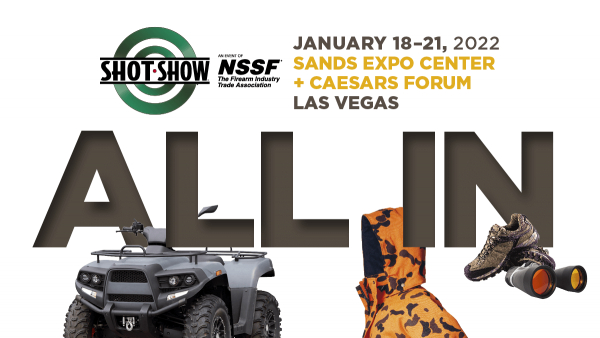 Starting back in October 2021, one of the biggest exhibitors, Sig Sauer, announced it's decision to not exhibit at this years Shot Show put on by the National Shooting Sports Foundation (NSSF) January 18-21, 2022. In January two more make the same decision.

Citing the health and safety concerns of their employees, even if they scaled back their presence the small number of employees returning could pose a risk to employees when returning back to their home facilities.

They also mentioned the out of pocket expense of booth reconfiguration and design due to a redraft of the Shot Show space combined with the uncertainty of large scale shows and events at the time would not be financialy sound decision at the moment.

"SIG SAUER, Inc. is proud to be an ardent supporter of the National Shooting Sports Foundation (NSSF) and leads the industry in support of the organization and its’ mission to promote, protect, and preserve the hunting and shooting sports.

Each January, NSSF hosts SHOT Show – the industry’s premier tradeshow. As a strong supporter of NSSF, and an industry leading manufacturer, SIG has maintained a very large presence at SHOT Show and we continually grow our support for the organization, and our show presence, year after year. However, after thoughtful consideration, deliberation and a review of current circumstances, SIG SAUER has made the decision to not exhibit at the upcoming 2022 SHOT Show and will alternatively be making a $500,000 donation to NSSF to support both its mission and ongoing critical support of our industry.

For over 30 years SIG SAUER has attended SHOT Show, and we did not come to this decision without much thoughtful deliberation. Our number one priority throughout the pandemic has been, and will remain, our employees. SIG SAUER has an extremely large presence at SHOT Show sending over 140 employees to the show and our pre-show Range Day event. Maintaining this presence, or even a scaled back minimum presence for 2022, represents a significant health risk to all 2,600 of our employees across our 13 U.S. locations, as individuals attending the show return to our facilities and risk continued exposure to our entire employee base.

Additionally, based on the circumstances as they are known to us today, it is incumbent upon us to review this decision from a financial perspective. For the first time in many years, the SHOT Show space was redrafted, necessitating the need for a complete booth re-configuration and design. Out of pocket expenses from this point forward will be well over $1 million and based on the uncertainty of large scale shows and events, this expense is not financially prudent.

In closing, SIG SAUER would like to once again note the important and essential work of the NSSF on behalf of our industry and reiterate our support for the organization and its mission."

Things were pretty quite after Sig Sauer's announcement but then January, just weeks and days before the January 18th start date of Show Show 2022 two more companies announced their decision to also pull out.

One citing recent Covid-19 infection inceases, the other citing "restrictions imposed by the Governor of Nevada".

"Due to the sudden and dramatic increase of COVID-19 infections during the past 2 weeks, including many breakthrough cases, the Beretta Holding Group companies in the U.S.A. (Beretta U.S.A., Benelli U.S.A, Burris, and Steiner eOptics) have announced the immediate suspension of participation of their employees in large-scale indoor gatherings. This decision was made because of near-term staffing challenges and concerns about the ability to prevent contagion in enclosed, crowded spaces.

Regrettably, this means that the companies will not be present in their booths this month at the National Shooting Sports Foundation (NSSF) SHOT Show in Las Vegas. The Beretta Holding Group companies in the U.S.A. confirm their full and continued support for NSSF’s mission and have already pledged their exhibit renewal for the 2023 SHOT Show.

The Companies will continue to closely monitor the COVID-19 situation as it evolves and will reassess their decision as appropriate later in the year."

"GREETINGS TO ALL OUR FRIENDS AND SUPPORTERS

It is with a degree of sadness that after 10 years of attendance, we have decided to end our presence at the annual National Shooting Sports Foundation SHOT SHOW in Las Vegas, NV.

Since COVID struck in 2020, FrogLube attempted to continue our participation in SHOT SHOW despite unlawful, cost prohibitive and convoluted restrictions imposed by the governor of the state of Nevada. We looked to NSSF to stand up for our industry and to pressure the state authorities into allowing our trade show to return to normal. As a small business, any attempt to engage in commercial interaction with our customers under constantly changing, unrealistic and absurd restrictions is cost prohibitive and places an undue burden on our company.

We do not question the reality of the COVID 19 disease, in fact, most of us have had it. At issue is that a disease is not sufficient cause for the removal of god-given/inalienable rights by any man, government agency or commercial enterprise. Does the governor of Nevada restrict trade show attendance for any other communicable diseases with transmissibility? FrogLube and NSF engage in free enterprise in an industry that uses individual rights as a selling point to attract people to purchase our firearms products. We find the NSF stance is mutually incompatible to the expression of both the 1st and 2nd amendments of the US Constitution. How can we stress the 2nd amendment at the show while yielding on the 1st amendment?

We did attempt to persuade the NSSF to cope with these issues, but we got no relief. We found ourselves stuck in an ethical dilemma, where we might have to choose to compromise on our company ethos in order to continue our attendance.

At FrogLube, we come from military and law enforcement backgrounds and we share lifetimes of service to our country, our citizens and the protection of their rights. For us, the decision is freedom over money. We choose freedom,

Shot Show refused to give in to having to require vaccine mandates (unlike CES 2022 who required them) but risking the show being completely shut down due to Nevada's mask mandate was not a chance it was able to take due the amount of money not only NSSF puts into the show but the massive amount of money exhibitors pay to attend and design show booths and spaces.