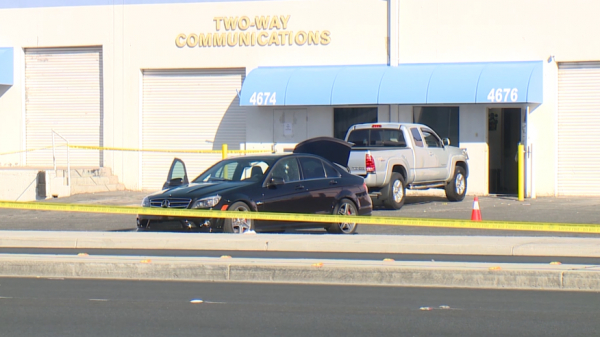 The owner of Vegas Ordnance Development was arrested and charged with open murder with a deadly weapon following a deadly encounter that happened back on Sunday February 13th, 2022.

According to local media and police reports, Carlos Viana, 34, had been picking up some firearms from his place of business located at 4676 S. Valley View Blvd around noon to take to a range where he worked for an unspecified reason.

While there, he ran inside to grab some firearms, leaving his vehicle in the parking lot with his keys in it. While inside, 39 year old Stanley Marks attempted to steal Viana's vehicle, which according to reports, had several firearms already inside it, including one fully automatic machine gun.

Viana, thinking he "needed to make this guy stop", fired two rounds at Marks, striking him in the head.

Marks was taken to the hospital where was pronounced deceased shortly after the incident.

According to police, surveillance video of the incident confirmed that Viana was not in the path of the vehicle as it moved forward and when he fired his weapon.

It is unknown if Marks even knew if there were firearms in the vehicle at the time he attempted to steal Viana's vehicle.

Viana had also told the detectives that he did not know if Marks was armed.

After completing their investigation, an arrest warrant was filed for Viana on February 23rd and Viana surrendered to police through his attorney on March 30th, 2022.

A search for "Vegas Ordnance Development" shows Viana started the business back in 2017.

According to their website, "VOD" provides "full auto desert shooting experiences". Nothing on the website conveys that he is a firearms instructor though in their report LVMPD calls him a Firearms Instructor and FFL licensee.

A search of FFL records does show Vegas Ordnance Development as a Type 07 FFL holder.