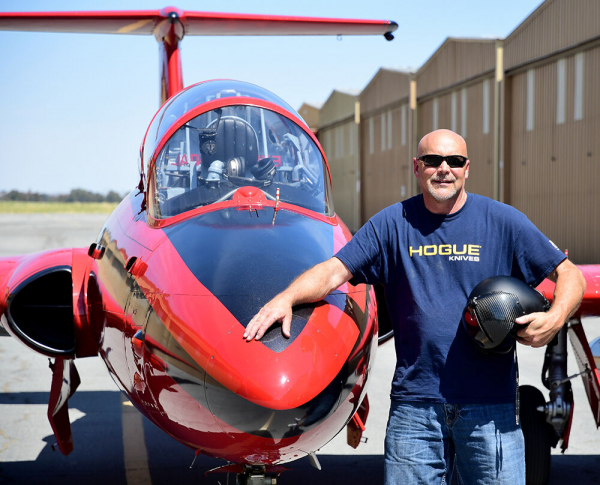 A Sad Day for the Nevada Firearms Industry as Officials Report That the Pilot Killed in a Plane Crash During the Reno Air Races in Reno, Nevada on September 18th, 2022 was a Managing Owner and Family Member of Henderson-Based Hogue Inc.

61 Year Old Aaron Hogue was confirmed to be the pilot that was killed in the September 18th crash during the Jet Gold Race held at the Reno-Stead Airport Regional Center. The L-29 Ballista he was flying unexpectedly crashed near pylon 5 during the 3rd lap of the race.

An investigation as to what caused the crash is currently underway and no details as to the cause of the crash have been released at this time.

Though based in Henderson, Mr. Hogue lived in Paso Robles, CA.

Hogue Inc. is an American, family-owned manufacturer of precision firearm accessories and knives. Hogue Inc was founded by Aaron Hogue's father Guy Hogue in 1968. Originally founded in California the company moved to Henderson in 2017.

According to an interview by American Handgunner in 2017, Hogue Inc President Jim Bruhns stated:

“Hogue has recently moved its company headquarters to Henderson, Nevada,” states Bruhns. “This was due in large part to a California statute that prohibits the manufacturing of automatic knives. After several failed attempts to work with the California Department of Justice, company CEO Aaron Hogue was forced to move our knife operation to Nevada.

Aaron Hogue's brother, Patrick, and his son, Neil, are listed as the other co-owners of the company and are most likely expected to take over control of the company.

The family was not immediately available for comments after the incident.

Our thoughts and prayers go out to the Hogue family during this tragic time.

Video of the Plane Crash that Killed 61 Year Old Aaron Hogue, one of the Owners of Hogue Inc. YouTube

More in this category: « Sportsman's Warehouse Needs Volunteers for Clean-up Event Maccabee Arms is Closing »
back to top