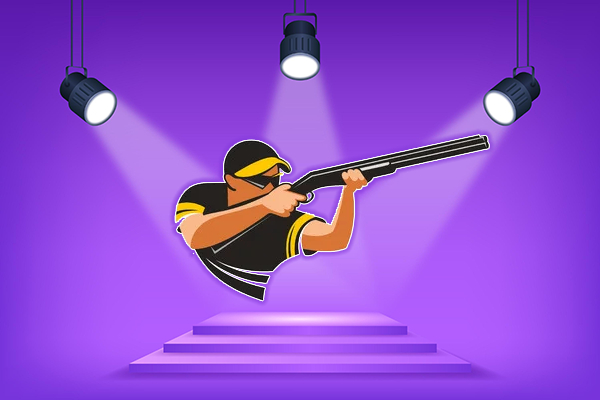 Shooters, Clubs, & Leagues We Want to Highlight Those Repping Nevada & Excelling in Shooting Sports Throughout the State and Across the Nation!

Our new Shooter's Spotlight is aimed to recognize shooters throughout the state for their accomplishments at the local, state, regional, and national levels.

So whether you are the shooter, a club, a league, even a family member... let us know about your/their accomplishments!

Unfortunately we don't have the staff to follow all of the great things happening on the shooting sports scene so we need you to let us know about them!

Send us the shooters name, sport, discipline, level, age, and other info you think is important along with the details of their accomplishment(s): Where, When, How. Be specific and be sure to include the league and/or event name and how they got to their accomplishment...

USPSA State Championship
Winning any state championship is a pretty significant accomplishment, but winning two in the same weekend? That is doubly impressive. Madison pulled this off starting with the United States Practical Shooting Association (USPSA) Nevada State match, held at the Shooting Club near Reno, Nevada. Featuring 11 stages, the USPSA match also had over 250 competitors in attendance. Madison took home first place in the Limited Division for his first win of the weekend.

IDPA Win
The next day, Madison joined 234 other shooters taking part in the Nevada State IDPA Championship. The multi-day event saw many shooters battling the extreme heat that are such a staple in Nevada Summer matches. The state level IDPA match was at Pistol Shooting Club of NV in Las Vegas, NV. At this match, Madison took home a win in Enhanced Service Pistol (ESP) division; and second place overall in the match.

First Ever Double State Champion?
It’s pretty likely that someone has pulled off a double state championship before. That being said, it’s extremely unlikely that anyone has ever done it in the same weekend. That’s what makes this impressive, because winning a match isn’t just about shooting fast and accurate. Yes, that’s important, but there’s also the mental aspect. Madison wasn’t shooting against scrubs. At the IDPA match he had to beat 6 other Masters in ESP, and a few Experts that will get bumped up to Master now. USPSA was the same – Grand Master Johnny Dough was shooting the NV USPSA match. So were a couple of USPSA Master class shooters, including defending IDPA National Champion George Washington. Maintaining the level of focus necessary to not make a mistake and get eaten by one of those shooting sharks is a tough accomplishment at one match, let alone two back-to-back.

Other Winners from the NV State Championships
At the Nevada State USPSA Championship your other division winners are:

Additionally, here are your winners from the NV State IDPA Championship

Congratulations to James Madison for his awesome accomplishment, and to all the other winners as well!

OR Something As Simple As

Ida Shoeter, 22, from Laughlin, NV placed 3rd Place in the USPSA National Championships in Washington DC on Saturday March 26th, 2022. Over 300 competitors from across the country took part in the championship.

We hope you get the point.

You can send them to us via the website, social media, or email us the details... Be sure to include a photo!